X-ray image of the NGC 2300 group of galaxies 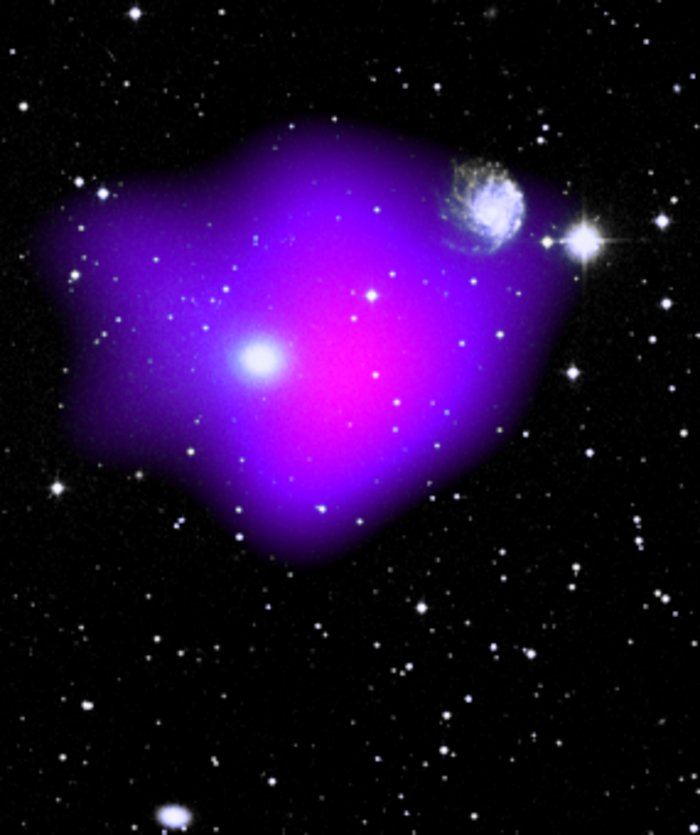 ROSAT's X-ray picture of a small cluster of galaxies known as the NGC 2300 group. The cluster lies 150 million light years from Earth in the direction of the northern constellation Cepheus.

Taken with the Position Sensitive Proportional Counter instrument during in April 1992, the image shows that the small group of galaxies is immersed in a huge cloud of hot gas (in purple) about 1.3 million light-years in diameter.

The ROSAT observation implies that most of the mysterious "dark matter" is concentrated in and around small groups of galaxies. The clue to the presence of dark matter is the fact that the hot cloud should have dissipated into space long ago unless it was held together by the gravity of an immense mass.