Hubble Telescope Image of the "String of Pearls" Comet 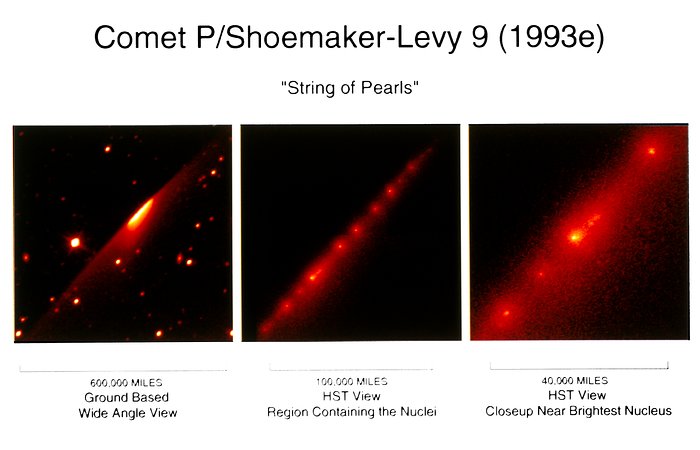 A NASA/ESA Hubble Space Telescope image of approximately 20 objects that comprise comet P/Shoemaker-Levy 9, giving it the resemblance of a "string of pearls." The comet is hurtling toward a July 1994 collision with the giant planet Jupiter.

Rubble's high resolution shows that the comet's nuclei are much smaller than originally estimated from observations with ground-based telescopes. The Hubble observations show that the nuclei are probably less than three miles (5 km) across, as opposed to earlier estimates of nine miles (14 km).