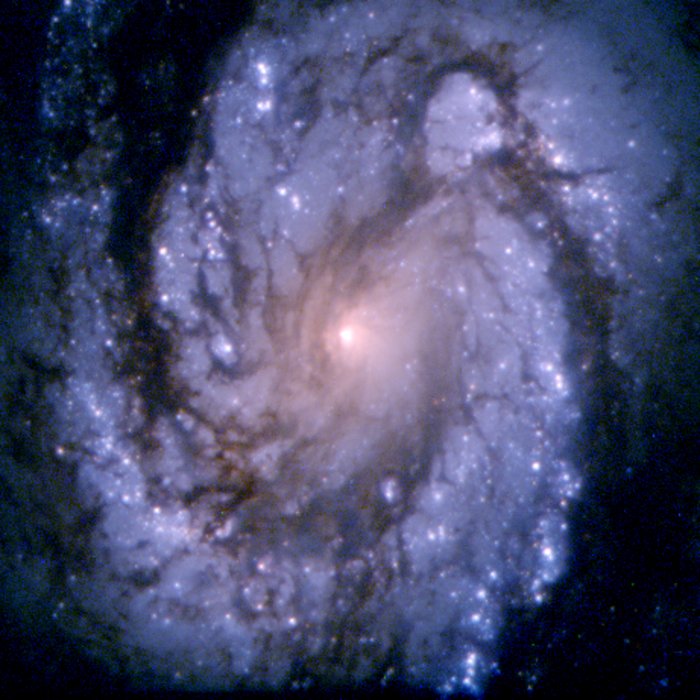 The core of the grand design spiral galaxy M100, as imaged by Hubble Space Telescope's Wide Field Planetary Camera 2 in its high resolution channel. The WFPC-2 contains modified optics that correct for Hubble's previously blurry vision, allowing the telescope for the first time to cleanly resolve faint structure as small as 30 light-years across in a galaxy which is tens of millions of light years away. The image was taken on December 31, 1993.