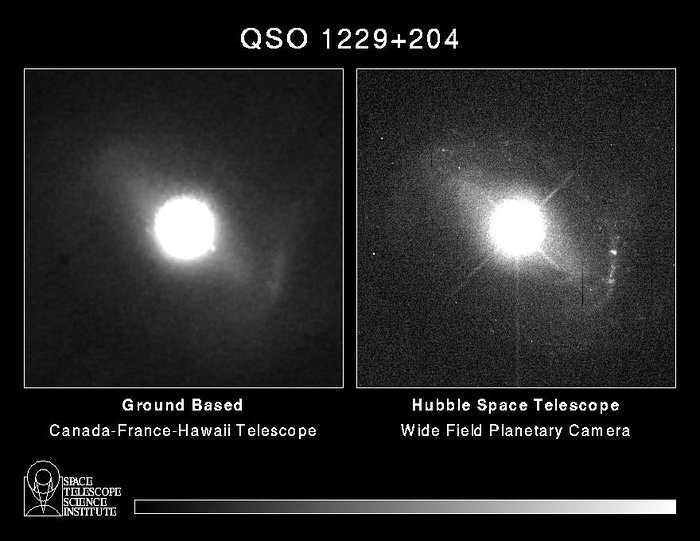 Quasars are the most distant objects in the universe, and so are among the earliest objects known to have formed in the young universe, more than 12 billion years ago. The most widely accepted notion is that quasars are in galaxies with active, supermassive black holes at their centers.

However, because of their enormous distance, the 'host' galaxies appear very small and faint, and are very hard to see against the much brighter quasar light at the center. Though a quasar might no be much larger than our solar system it releases as much energy as billions of stars.