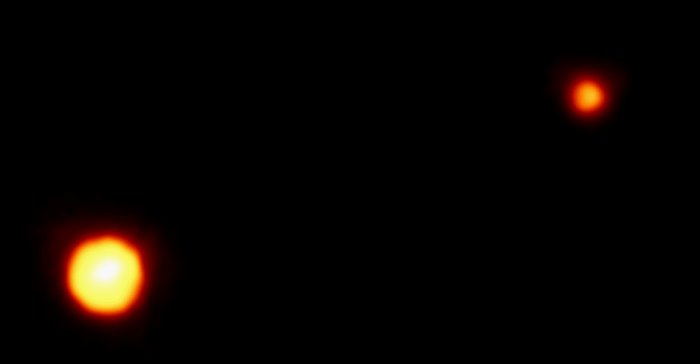 This is the clearest view yet of the distant planet Pluto and its moon, Charon, as revealed by the Hubble Space Telescope (HST). The image was taken by the European Space Agency's Faint Object Camera (FOC) on February 21, 1994 when the planet was 2.6 billion miles (4.4 billion kilometers) from Earth; or nearly 30 times the separation between Earth and the sun.