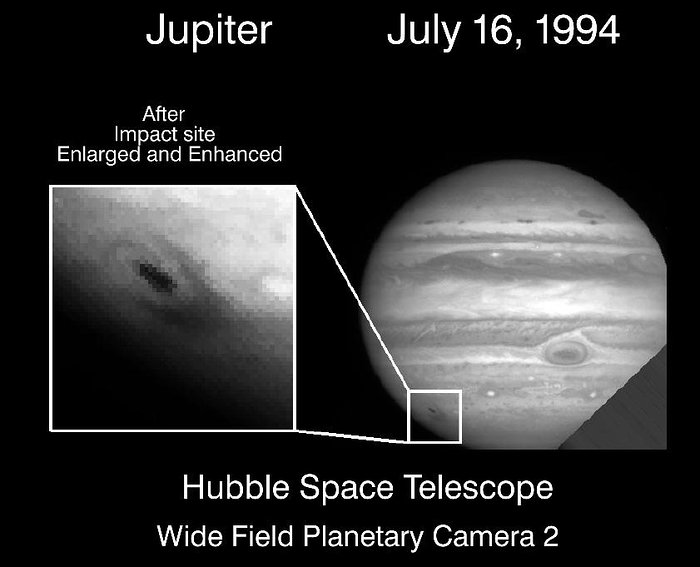 This NASA/ESA Hubble Space Telescope image of Jupiter's cloudtops was taken at 5:32 EDT on July 16, 1994, shortly after the impact of the first fragment (A) of comet Shoemaker-Levy 9. A violet (410 nanometer) filter of the Wide Field Planetary Camera 2 was used to make the image 1.5 hours after the impact.

The impact site is visible as a dark streak and crescent-shaped feature in the lower left of the image, and is several thousand kilometers across. The comet entered the atmosphere from the south in the direction of the streak at an angle of about 45 degrees from the vertical. The crescent-shaped feature may be the remains of the plume that was ejected back along the entry path of the projectile. The features are probably dark particles from the comet, or possibly condensates dredged up from Jupiter's deep atmosphere.