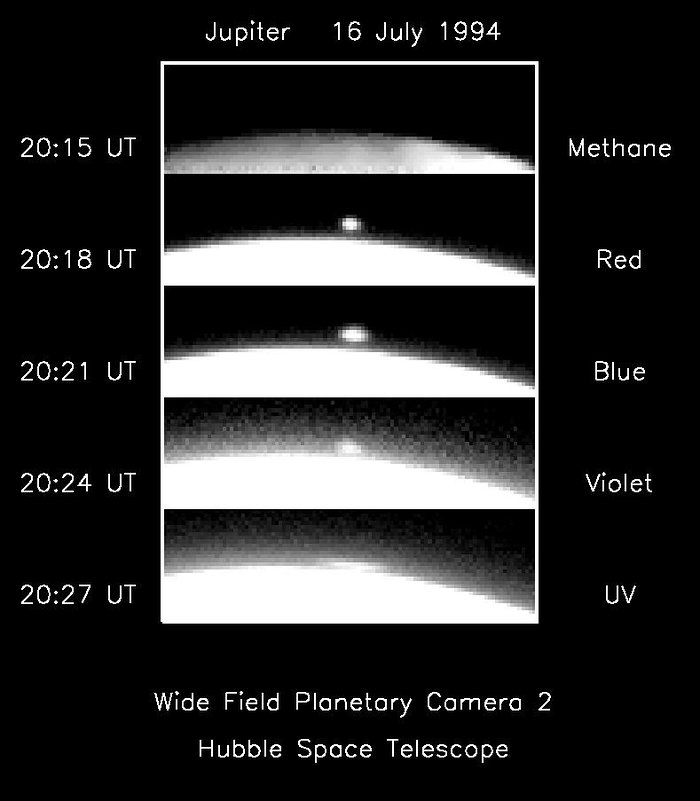 Sequence of images showing evidence for a plume near the terminator of Jupiter at the time of the A impact. A bright feature appears 1000-1500 km above the limb of Jupiter at 20:18:17 in the 953 nm filter. (An image at 20:15:17 did not show a detached feature). A possible interpretation is that the feature is visible by reflected sunlight, and the apparent detachment is due to the shadow of Jupiter on the plume. During the temporal sequence from top to bottom, spreading of the feature is clearly resolved. The feature is visible at wavelengths ranging from the ultraviolet through the near infrared.