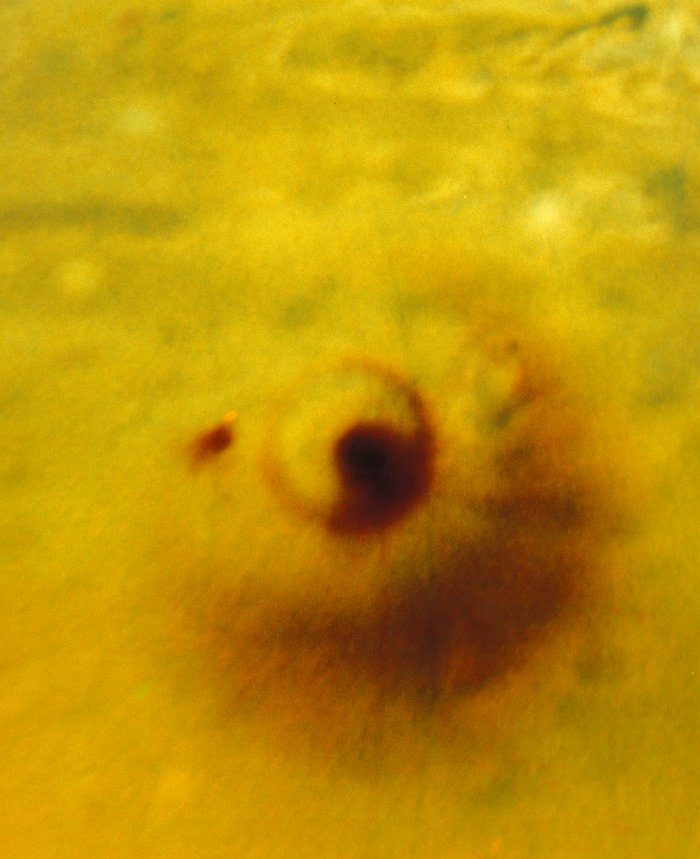 This is a NASA/ESA Hubble Space Telescope image of the impact sites of fragments "D" and "G" from Comet Shoemaker-Levy 9 which collided with the giant planet Jupiter. The picture has been image processed to correct for the curvature of the disk of Jupiter, so that the spot appears flat, as if the viewer were hovering directly overhead.