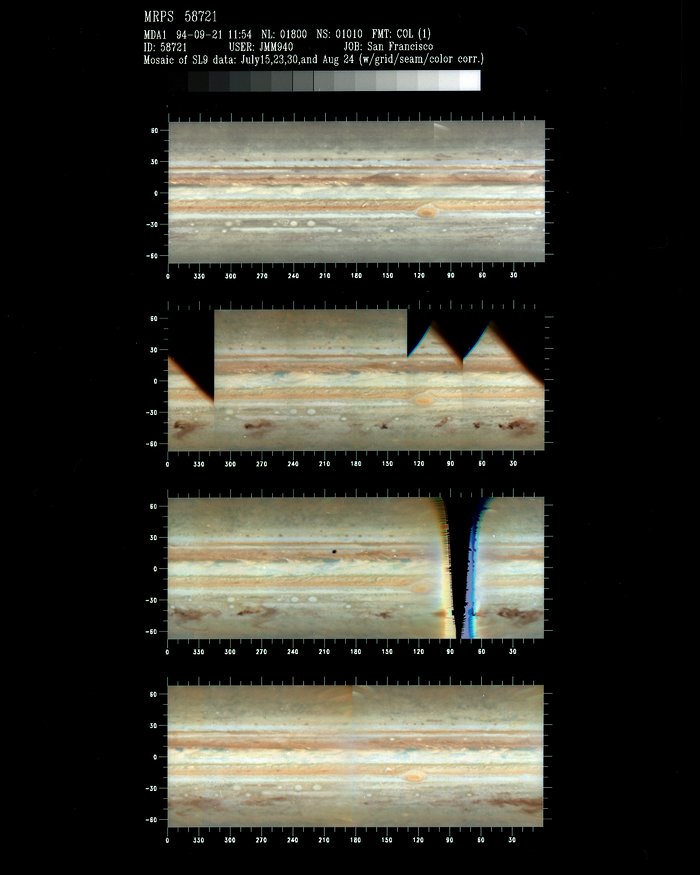 This series of color-composite maps of Jupiter, assembled from images taken with NASA/ESA Hubble Space Telescope, allows astronomers to trace changes in the dark impact sites that resulted from the July 1994 impact of comet P/Shoemaker-Levy 9 with the giant planet. Through computer imageprocessing, researchers "peel" the atmosphere of Jupiter off its globe and spread it flat into a map. These cylindrical projections show the entire atmosphere of Jupiter in one map. The HST's images show clearly that dark material produced in the comet explosion has continued to spread in Jupiter's atmosphere. However, the "band" of dark material is still clumpy, which suggests that the major impact sites are still localized and, so, can still be identified.