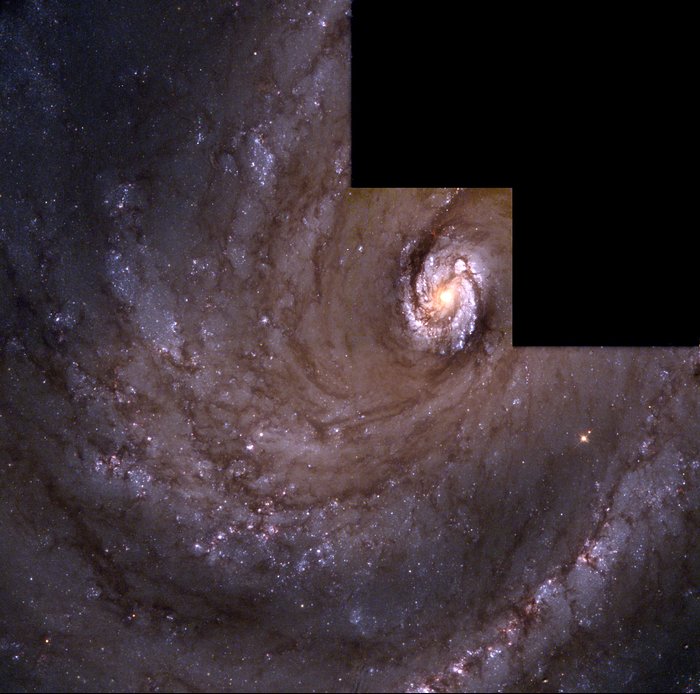 An image of the grand design spiral galaxy Messier 100 obtained with the Hubble Space Telescope resolves individual stars within the majestic spiral arms. Messier 100 (100th object in the Messier catalog of non-stellar objects) is a face-on spiral galaxy. It is a rotating system of gas and stars, similar to our own galaxy, the Milky Way. Hubble routinely can view M100 with a level of clarity and sensitivity previously possible only for very few nearby galaxies. M100 is a member of the huge Virgo cluster of an estimated 2,500 galaxies. The galaxy can be seen by amateur astronomers as a faint, pinwheel-shaped object in the spring constellation Coma Berenices.

An image of the grand design of spiral galaxy M100 obtained with the Hubble Space Telescope resolves individual stars within the majestic spiral arms. (These stars typically appeared blurred together when viewed with ground-based telescopes).