Yet Another Storm on Saturn 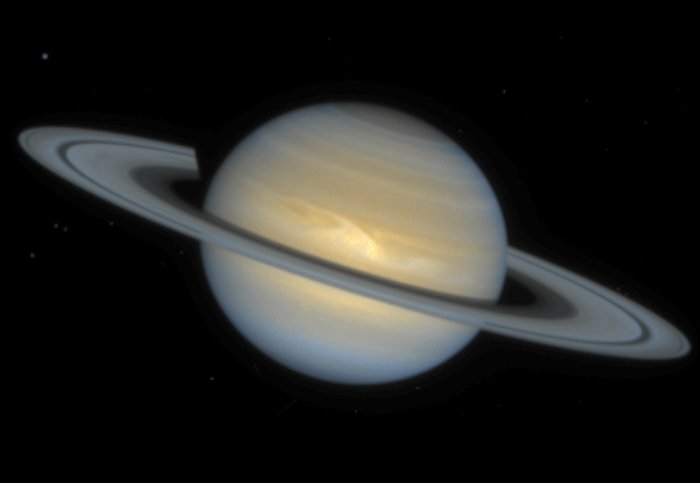 This Hubble Space Telescope image of the ringed planet Saturn shows a rare storm that appears as a white arrowhead-shaped feature near the planet's equator. The storm is generated by an upwelling of warmer air, similar to a terrestrial thunderhead. The east-west extent of this storm is equal to the diameter of the Earth (about 12700 kilometres). Hubble provides new details about the effects of Saturn's prevailing winds on the storm. The new image shows that the storm's motion and size have changed little since its discovery in September, 1994.