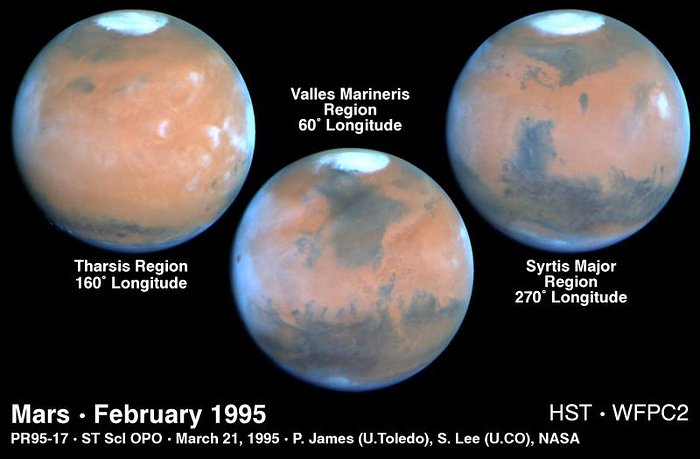 These Hubble Space Telescope views provide the most detailed complete global coverage of the red planet Mars ever seen from Earth. The pictures were taken on February 25, 1995, when Mars was at a distance of 65 million miles (103 million km).