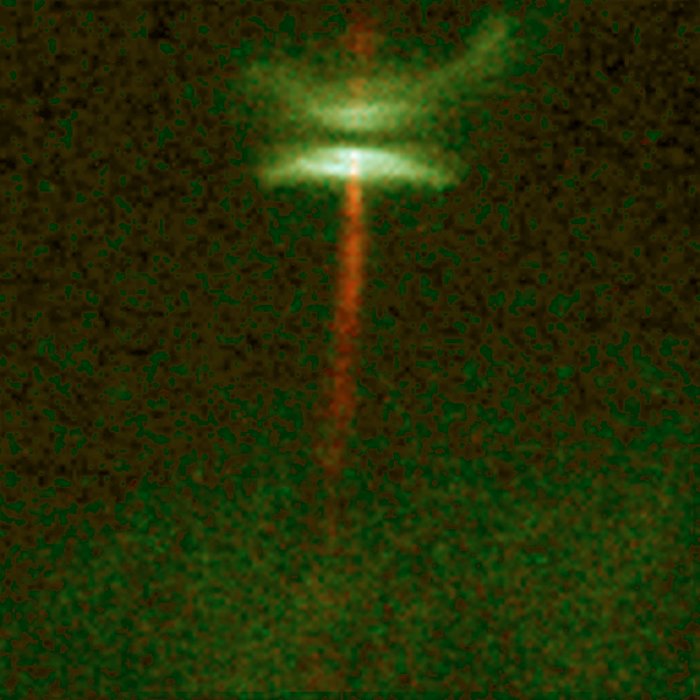 Hubble's detailed view shows, for the first time, that the jet expands for several billion miles from the star, but then stays confined to a narrow beam. The protostar is 450 light-years away in the constellation Taurus.