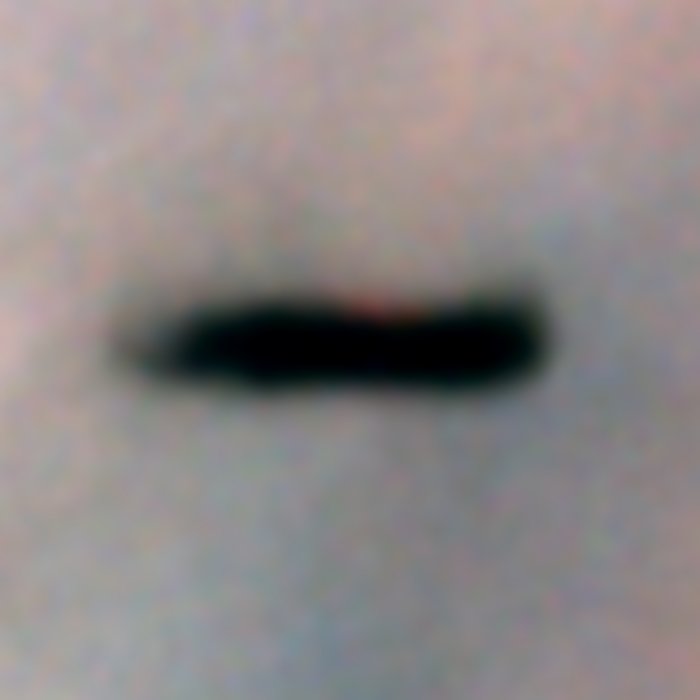 Resembling an interstellar Frisbee, this is a disk of dust seen edge-on around a newborn star in the Orion nebula, located 1, 500 light-years away. Because the disk is edge-on, the star is largely hidden inside, in this striking Hubble Space Telescope picture. The disk may be an embryonic planetary system in the making. Our solar system probably formed out of just such a disk 4.5 billion years ago. At 17 times the diameter of our own solar system, this disk is the largest of several recently discovered in the Orion nebula.

The right image was taken through a different filter, which blocks any bright spectral emission lines from the nebula, and hence the disk itself is less distinctly silhouetted against the background.