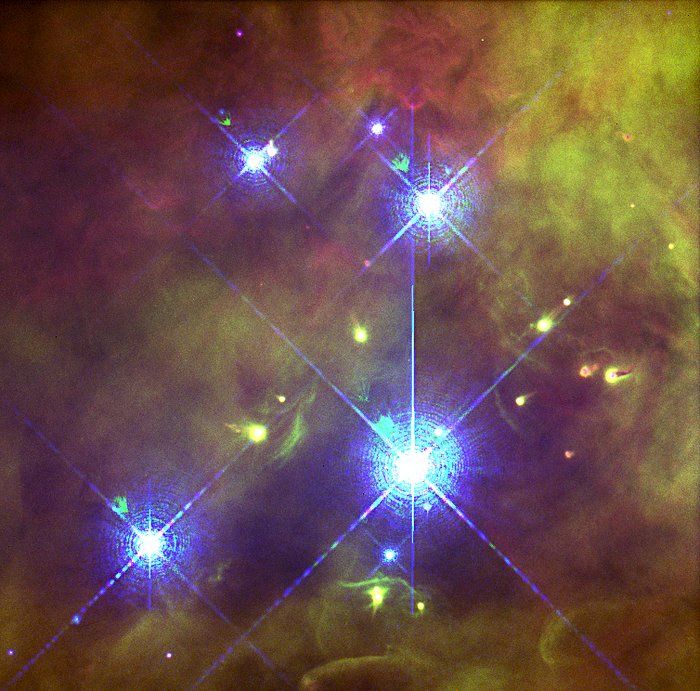 Like the Grand Canyon, the Orion nebula has a dramatic surface topography — of glowing gasses instead of rock — with peaks, valleys and walls. They are illuminated and heated by a torrent of energetic ultraviolet light from its four hottest and most massive stars, called the Trapezium, which are pictured here.

In addition to the Trapezium, this stellar cavern contains 700 hundred other young stars at various stages of formation. High-speed jets of hot gas spewed by some of the infant stars send supersonic shock waves tearing into the nebula at 100,000 miles per hour.