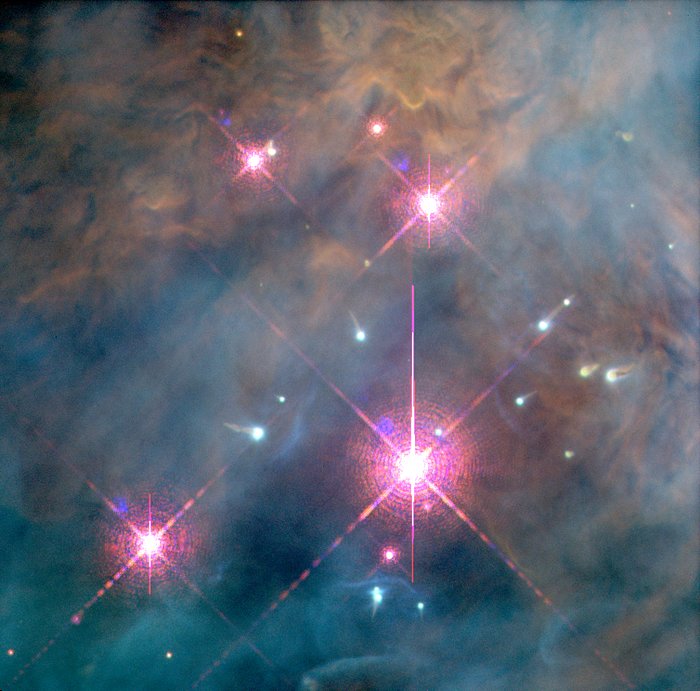 This picture, an assembly of individual images taken by NASA's Hubble Space Telescope, shows young stars at the center the Orion nebula. The seemingly infinite tapestry of rich detail revealed by Hubble shows a churning turbulent star factory set within a maelstrom of flowing, luminescent gas.

Located 1,500 light-years away, along our spiral arm of the Milky Way, the Orion nebula is located in the middle of the sword region of the constellation Orion the Hunter, which dominates the early winter evening sky, at northern latitudes. The stars have formed from collapsing clouds of interstellar gas within the last million years. The most massive clouds have formed the brightest stars near the center and these are so hot that they illuminate the gas left behind after the period of star formation was complete. The more numerous faint stars are still in the process of collapsing under their own gravity, but have become hot enough in their centers to be self luminous bodies.