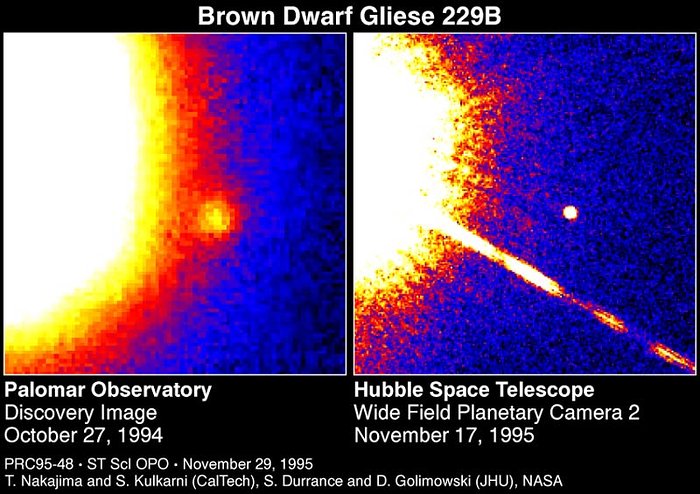 This image of the GL229B (center) was taken with Hubble Space Telescope's Wide Field Planetary Camera 2, in red light, on November 17, 1995. The Hubble observations will be used to accurately measure the brown dwarf's distance from Earth, and yield preliminary data on its orbital period, which may eventually offer clues to the dwarf's origin.

These two false-color telescope images reveal the faintest object ever seen around a star beyond our Sun, and the first unambiguous detection of a brown dwarf. The brown dwarf, called GL229B, orbits the red dwarf star Gliese 229, located approximately 18 light-years away in the constellation Lepus. The brown dwarf is about 20-50 times the mass of Jupiter, but is so dense it is about the same diameter as Jupiter (80, 000 miles or 130, 000 kilometres).

Notes: The left image was captured by the Palomar Observatory.