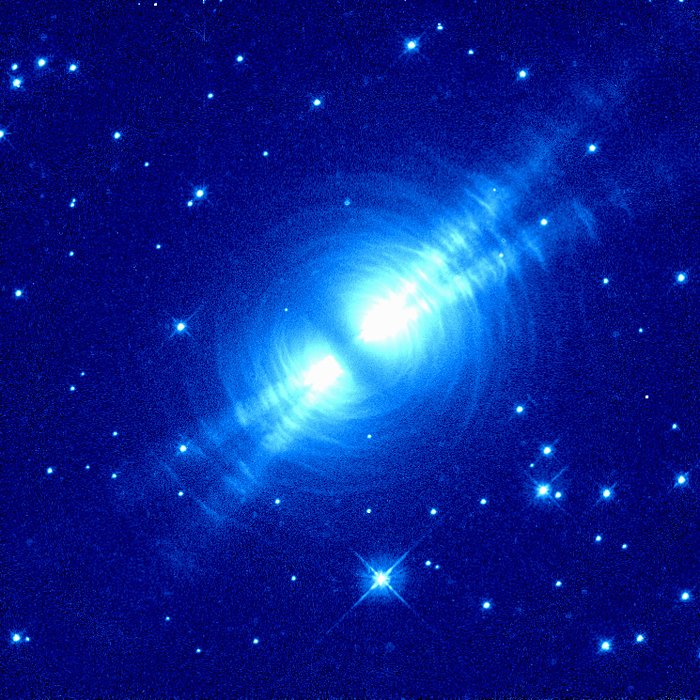 This image of the Egg Nebula, also known as CRL2688 and located roughly 3, 000 light-years from us, was taken in red light with the Wide Field and Planetary Camera 2 (WFPC2) aboard the Hubble Space Telescope.

This image sheds new light on the poorly understood ejection of stellar matter which accompanies the slow death of Sun-like stars. The image is shown in false color.