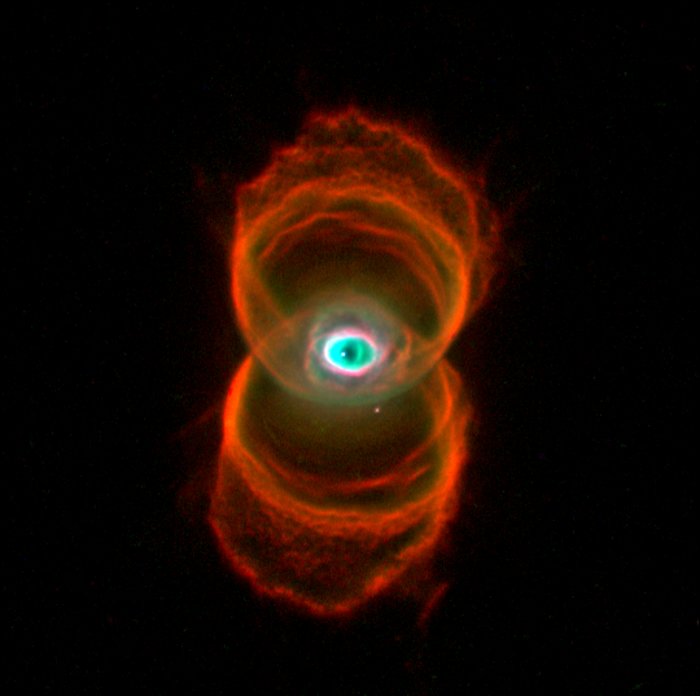 This is an image of MyCn18, a young planetary nebula located about 8,000 light-years away, taken with the Wide Field and Planetary Camera 2 (WFPC2) aboard the Hubble Space Telescope (HST).

This Hubble image reveals the true shape of MyCn18 to be an hourglass with an intricate pattern of 'etchings' in its walls. This picture has been composed from three separate images taken in the light of ionized nitrogen (represented by red), hydrogen (green), and doubly-ionized oxygen (blue).

The results are of great interest because they shed new light on the poorly understood ejection of stellar matter which accompanies the slow death of Sun-like stars. In previous ground-based images, MyCn18 appears to be a pair of large outer rings with a smaller central one, but the fine details cannot be seen.