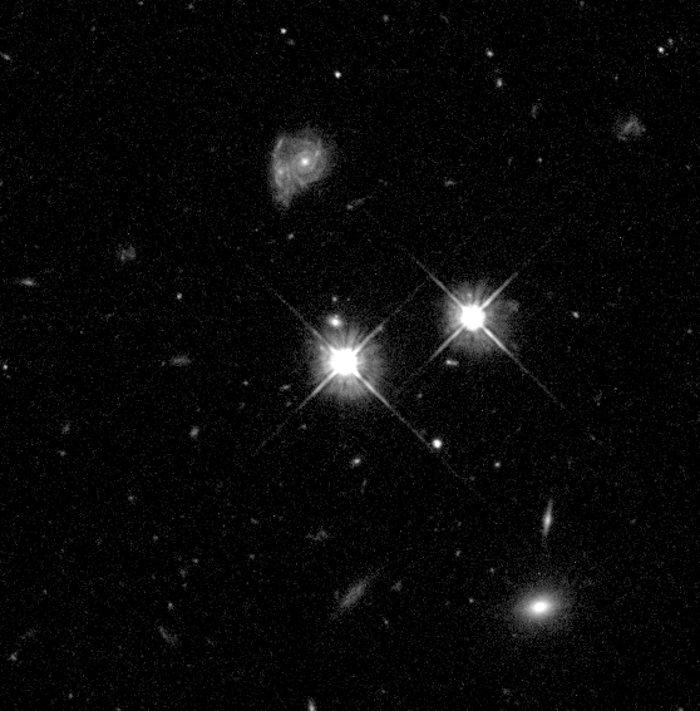 The Hubble Space Telescope achieved its 100, 000th exposure June 22 with a snapshot of a quasar that is about 9 billion light-years from Earth.

The Wide Field and Planetary Camera 2clicked this image of the quasar, the bright object in the center of the photo. The fainter object just above it is an elliptical galaxy. Although the two objects appear to be close to each other, they are actually separated by about 2 billion light-years. Located about 7 billion light-years away, the galaxy is almost directly in front of the quasar.