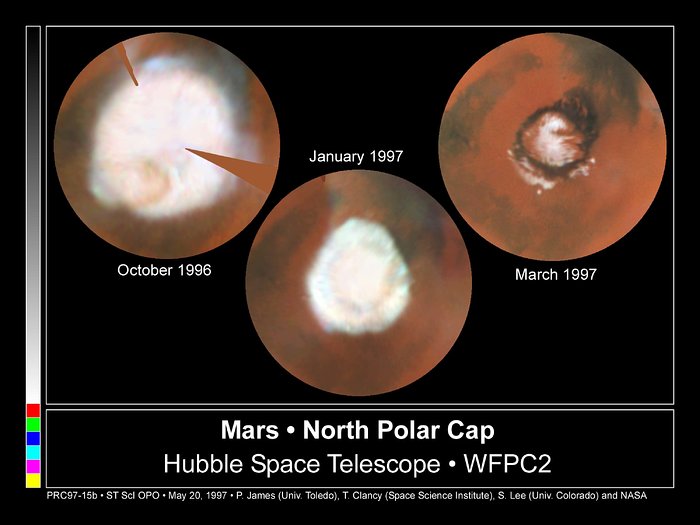 These images, which seem to have been taken while Hubble Space Telescope (HST) was looking directly down on the Martian North Pole, were actually created by assembling mosaics of three sets of images taken by HST in October, 1996 and in January and March, 1997 and projecting them to appear as they would if seen from above the pole. This first mosaic is a view which could not actually be seen in nature because at this season a portion of the pole would have actually been in shadow; the last view, taken near the summer solstice, would correspond to the Midnight Sun on Earth with the pole fully illuminated all day. The resulting polar maps begin at 50 degrees N latitude and are oriented with 0 degrees longitude at the 12 o'clock position. This series of pictures captures the seasonal retreat of Mars' north polar cap.