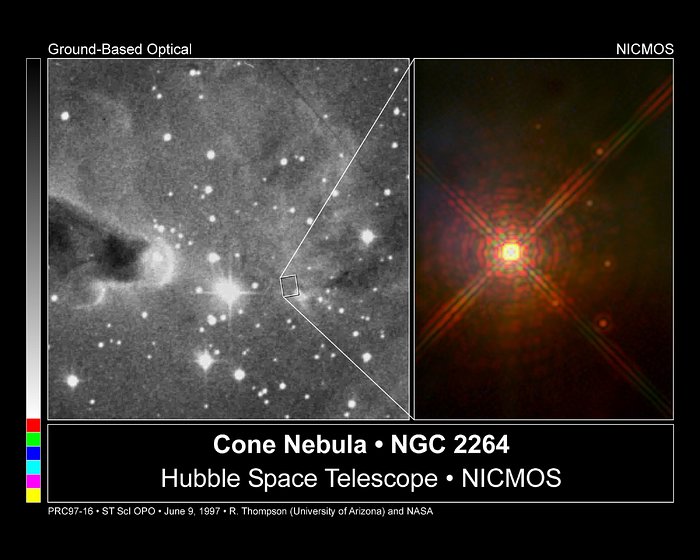 The Hubble Space Telescope's Near Infrared Camera and Multi-Object Spectrometer(NICMOS) has peered into the Cone Nebula, revealing a stunning image of six baby sun-like stars surrounding their mother, a bright, massive star. Known as NGC 2264 IRS, the massive star triggered the creation of these baby stars by releasing high-speed particles of dust and gas during its formative years.

Notes: Observational information refers to the right image, the left image was captured by a ground-based telescope.