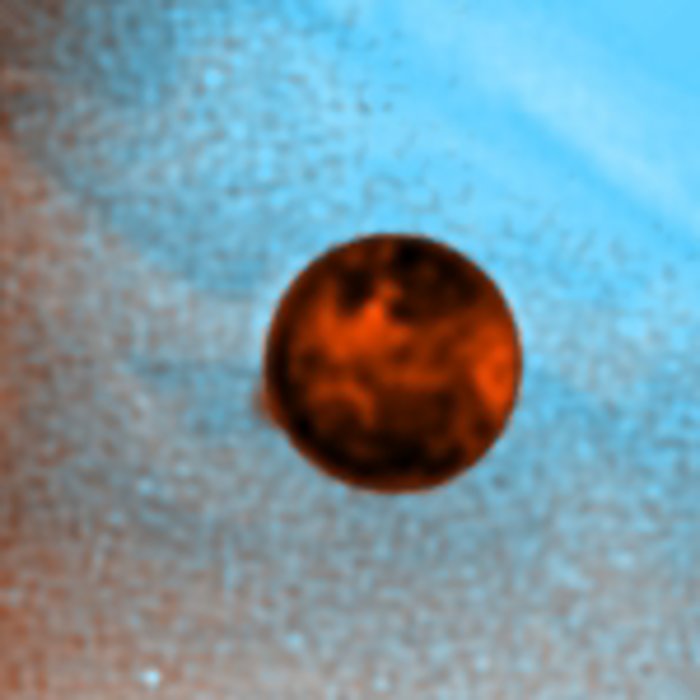 The Hubble Space Telescope has snapped a picture of a 400-km-high (250-mile-high) plume of gas and dust from a volcanic eruption on Io, Jupiter's large innermost moon.

Io was passing in front of Jupiter when this image was taken by the Wide Field and Planetary Camera 2 in July 1996. The plume appears as an orange patch just off the edge of Io in the eight o'clock position, against the blue background of Jupiter's clouds. Io's volcanic eruptions blasts material hundreds of kilometers into space in giant plumes of gas and dust. In this image, material must have been blown out of the volcano at more than 2, 000 mph to form a plume of this size, which is the largest yet seen on Io.