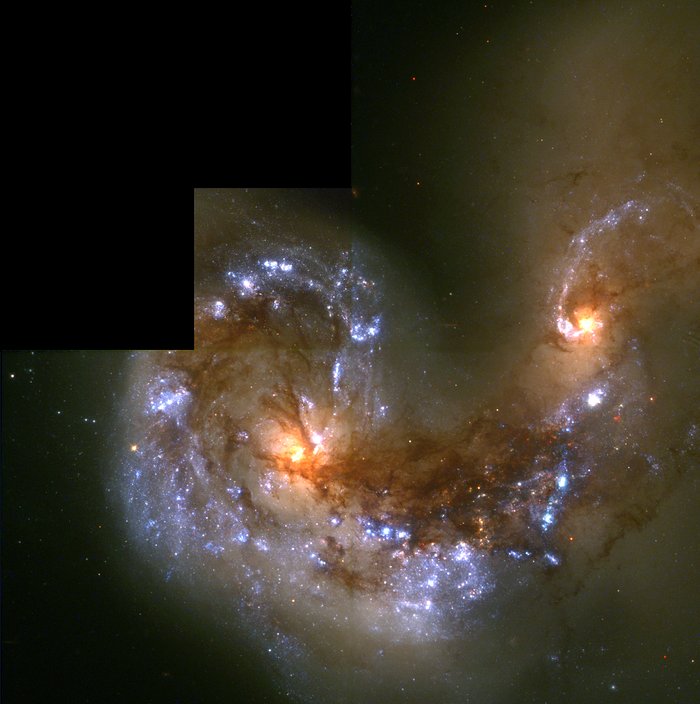 This is a close-up view of a head-on collision between two spiral galaxies, called the Antennae galaxies. The image is 1,500 light-years across. The image shows entrapped dust and gas funneled into the centre of the galaxy.

The respective cores of the twin galaxies are the orange blobs, left and right of image center, crisscrossed by filaments of dark dust. A wide band of chaotic dust, called the overlap region, stretches between the cores of the two galaxies. The sweeping spiral- like patterns, traced by bright blue star clusters, shows the result of a firestorm of star birth activity which was triggered by the collision.