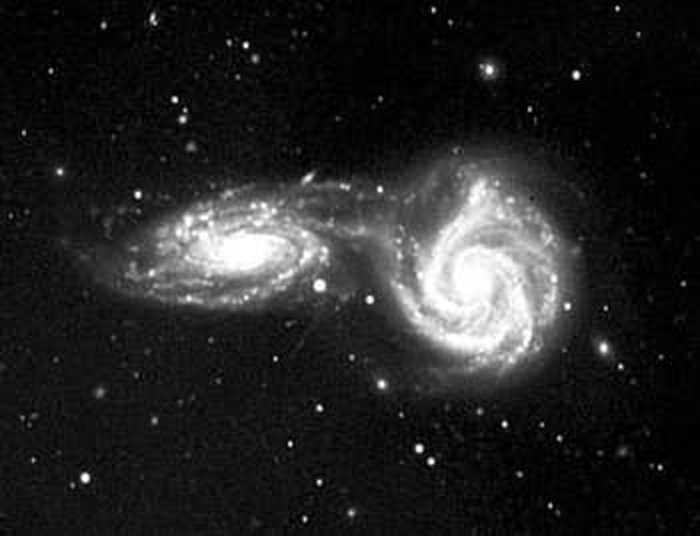 NGC 5426 and NGC 5427 are a pair of similarly sized interacting spiral galaxies, together also known as Arp 271, 120 million light years away. It is not certain if this interaction they undergo will end in a collision and ultimately in a merging of the two galaxies or if the galaxies will experience just a very close encounter. It is definitly sure that the galaxies are already effecting each other as material was ripped off the galaxies to create a brigde of stars and dust connecting them.

Our Milky Way will undergo a similar collision in the far future with the neighbouring Andromeda galaxy, which is now located about 2.6 million light years away from the Milky Way.