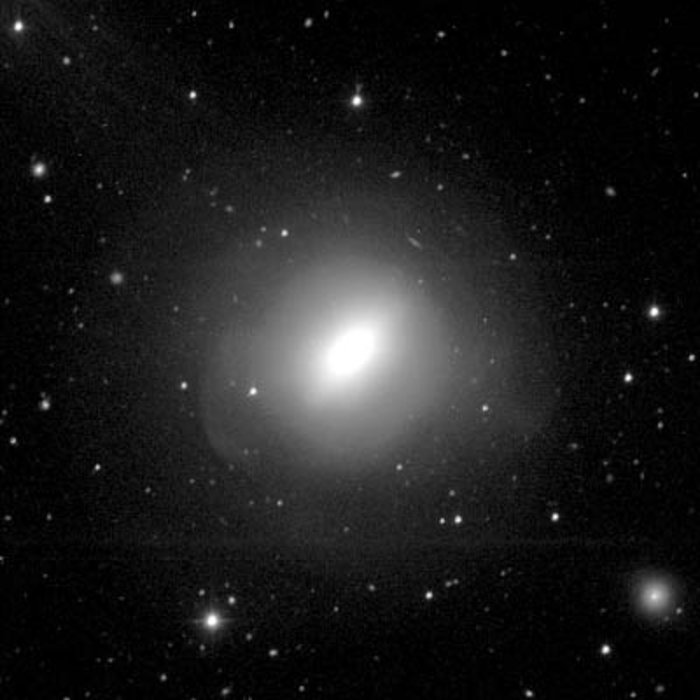 NGC 3610 is an ellliptical galaxy in the constellation Ursa Major. Tha galaxy is at a distance of about 80 million light years and was discovered in 1793 by William Herschel.

In 1990 a group of german astronomers detected a disk in NGC 3610. This was a surprising discovery as disks are normaly a distinguish feature of spiral galaxies.