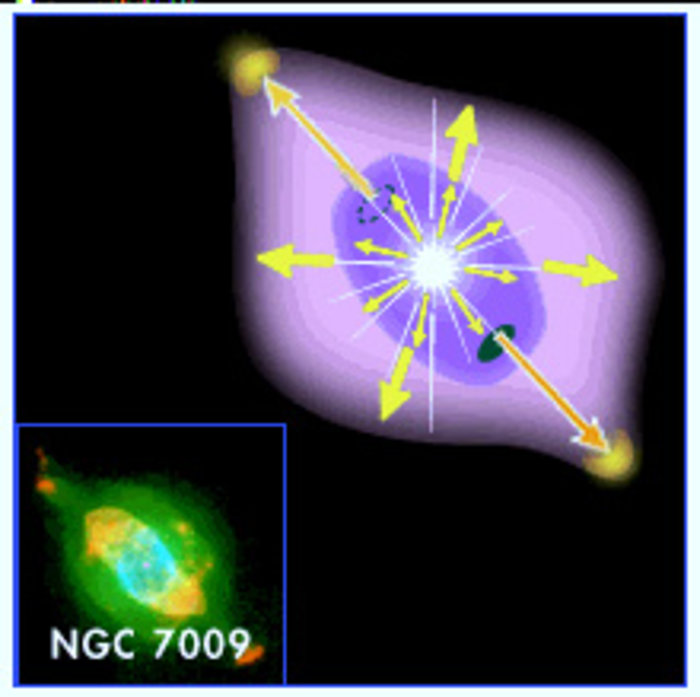 NGC 7009 is a complex planetary nebula in the constellation Aquarius. The bottom left of the image shows the planetary nebula as it can be seen in the visual, where it is glowing in a greenish-yellowish light.

Originally the planetary nebula was a low mass star, with a mass less than 8 times the mass of the Sun, which ejected its layers into space. Today the center of the nebula hosts a white dwarf star, whose ultraviolet radiation is also the cause for the green color of the nebula.

The illustration shows how the elongated form of the planetary nebula is created by the rotation of the star.