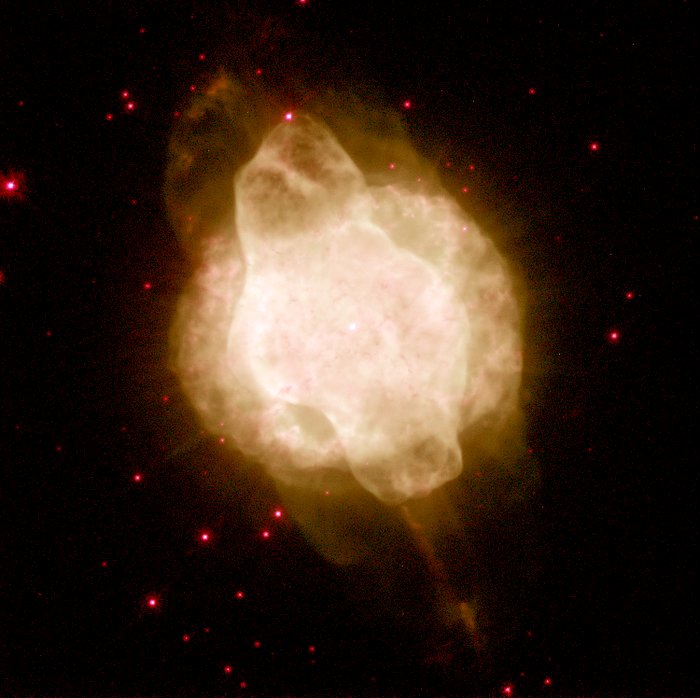 Studying images of proto-planetary nebulae is important to understanding the process of star death. A star begins to die when it has exhausted its thermonuclear fuel - hydrogen and helium. The star then becomes bright and cool (red giant phase) and swells to several tens of times its normal size. It begins puffing thin shells of gas off into space. These shells become the star's cocoon. In the Hubble images, the shells are the concentric rings seen around each nebula.