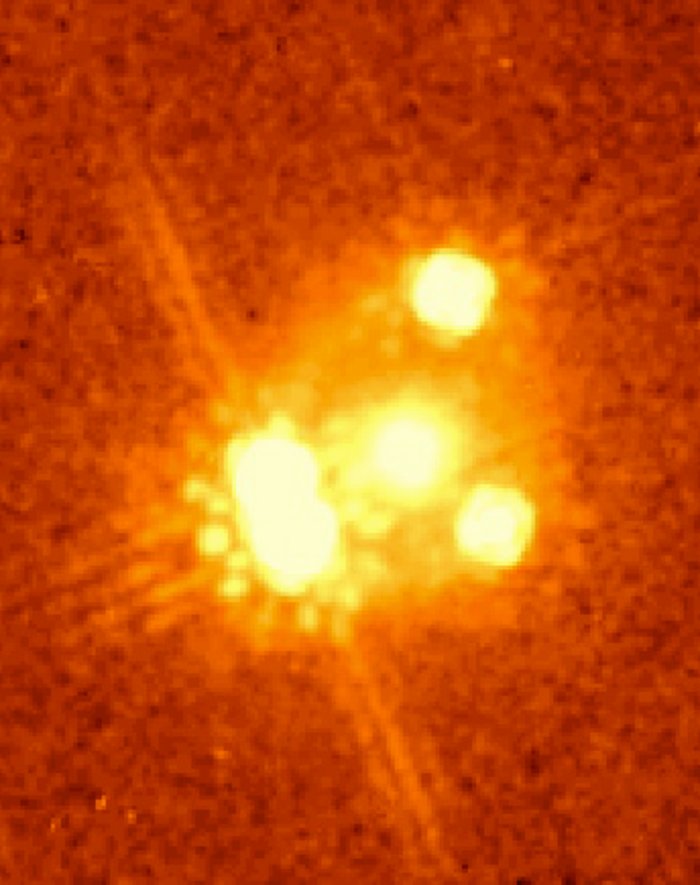 The light from the single quasar PG 1115+080 is split and distorted in this infrared image. PG 1115+080 is at a distance of about 8 billion light years in the constellation Leo, and it is viewed through an elliptical galaxy lens at a distance of 3 billion light years. The NICMOS frame is taken at a wavelength of 1.6 microns and it shows the four images of the quasar (the two on the left are nearly merging) surrounding the galaxy that causes the light to be lensed. The quasar is a variable light source and the light in each image travels a different path to reach the Earth. The time delay of the variations allows the distance scale to be measured directly. The linear streaks on the image are diffraction artifacts in the NICMOS instrument (NASA/Space Telescope Science Institute).