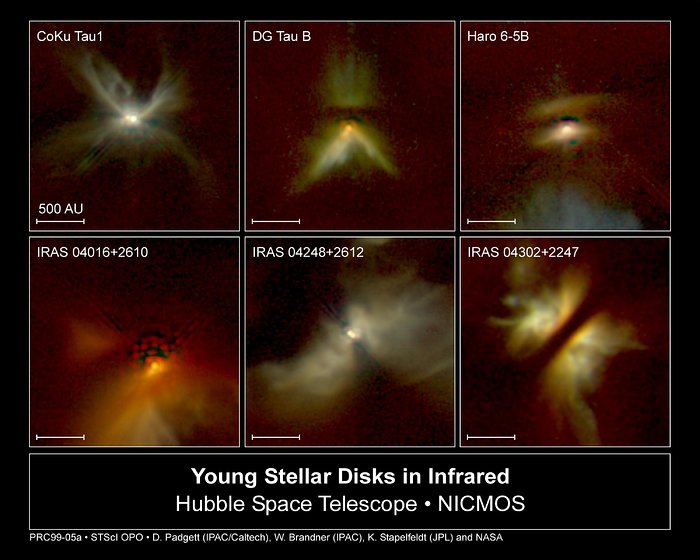 The following images were taken by NASA/ESA Hubble Space Telescope's Near-Infrared Camera and Multi-Object Spectrometer (NICMOS). All of the objects are extremely young stars, 450 light-years away in the constellation Taurus. Most of the nebulae represent small dust particles around the stars, which are seen because they are reflecting starlight. In the color-coding, regions of greatest dust concentration appear red.