How circumstellar disks form and evolve 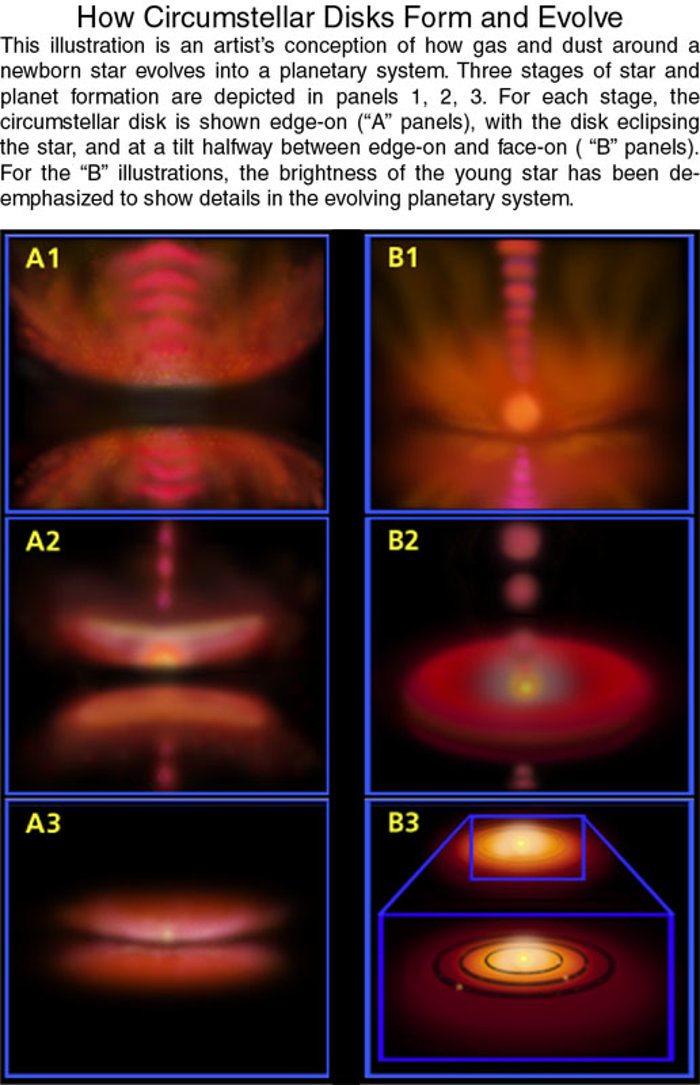 The following illustration is an artist's conception of how gas and dust around a newborn star evolves into a planetary system. Three stages of star and planet formation are depicted in panels 1, 2, 3. For each stage, the circumstellar disk is shown edge-on ("A" panels), with the disk eclipsing the star, and at a tilt halfway between edge-on and face-on ("B" panels). For the "B" illustrations, the brightness of the young star has been de-emphasized to show details in the evolving planetary system.