NICMOS Peers Through Dust to Reveal Young Stellar Disks. A View of IRAS 04302+2247 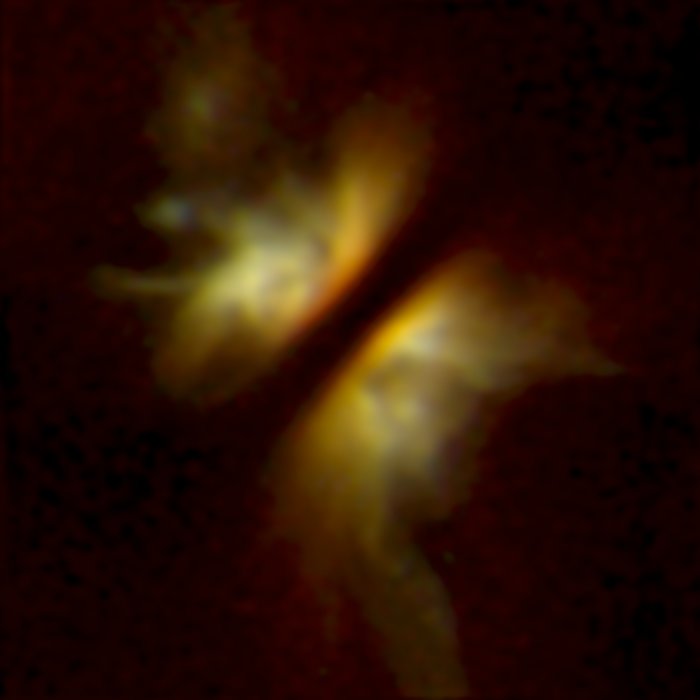 This image shows IRAS 04302+2247, a star hidden from direct view and seen only by the nebula it illuminates. Dividing the nebula in two is a dense, edge-on disk of dust and gas which appears as the thick, dark band crossing the center of the image. The disk has a diameter of 80 billion miles (15 times the diameter of Neptune's orbit), and has a mass comparable to the Solar Nebula, which gave birth to our planetary system. Dark clouds and bright wisps above and below the disk suggest that it is still building up from infalling dust and gas.