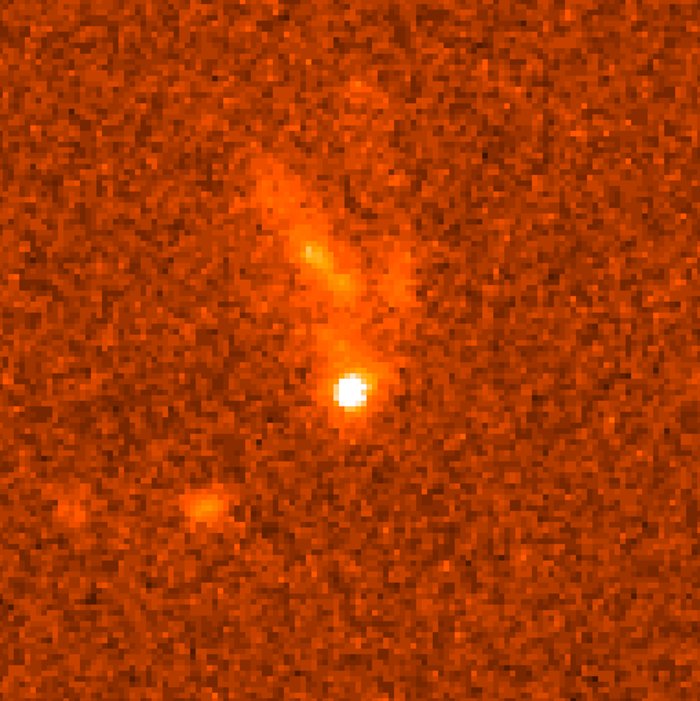 A NASA/ESA Hubble Space Telescope view of the rapidly fading visible-light fireball from the most powerful cosmic explosion recorded to date. For a brief moment the light from the blast was equal to the radiance of 100 million billion stars. The initial explosion began as an intense burst of gamma-rays which happened on Jan. 23, 1999.

The blast had already faded to one four-millionth of its original brightness when Hubble made observations on February 8 and 9. Space Telescope captured the fading fireball embedded in a galaxy located 2/3 of the way to the horizon of the observable universe.