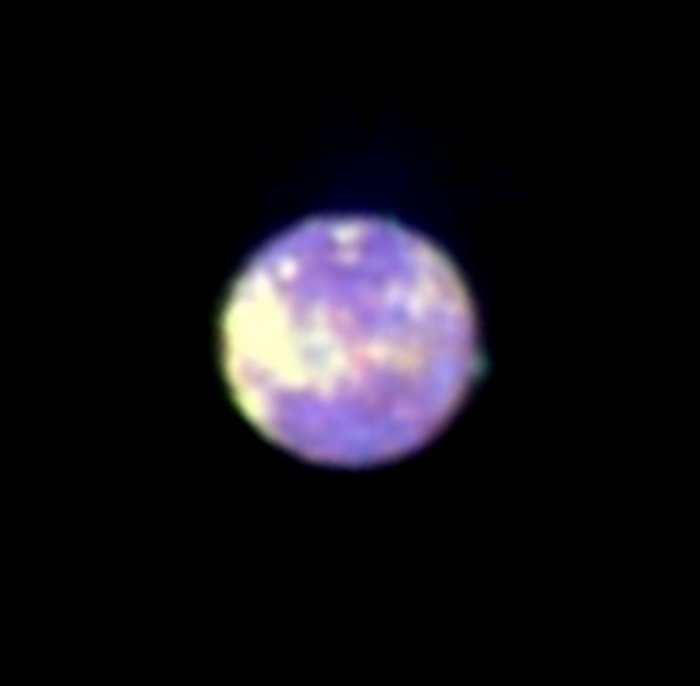 In this picture of Io, the mound rising from Io's surface is actually an eruption from Pillan, a volcano that had previously been dormant.

Measurements at two ultraviolet wavelengths indicate that the ejecta consist of sulfur dioxide 'snow, ' making the plume appear green in this false-color image. Astronomers increased the colour contrast and added false colours to the image to make the faint plume visible.