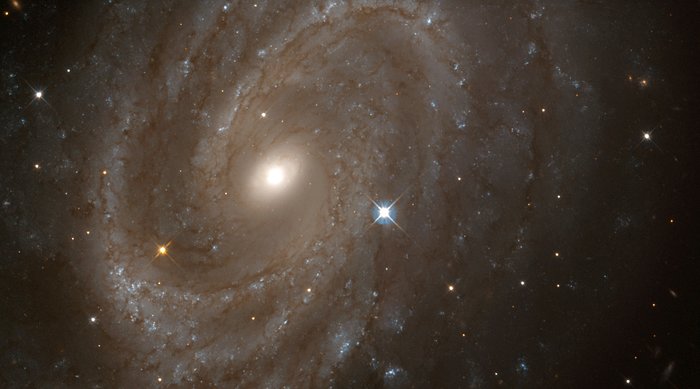 A NASA/ESA Hubble Space Telescope (HST) view of the magnificent spiral galaxy NGC 4603, the most distant galaxy in which a special class of pulsating stars called Cepheid variables have been found. It is associated with the Centaurus cluster, one of the most massive assemblages of galaxies in the nearby universe.

The Local Group of galaxies, of which the Milky Way is a member, is moving in the direction of Centaurus at a speed of more than a million miles an hour (approx. 450 kilometres per second) under the influence of the gravitational pull of the matter in that direction.

Jeffrey Newman (Univ. of California at Berkeley) and NASA/ESA