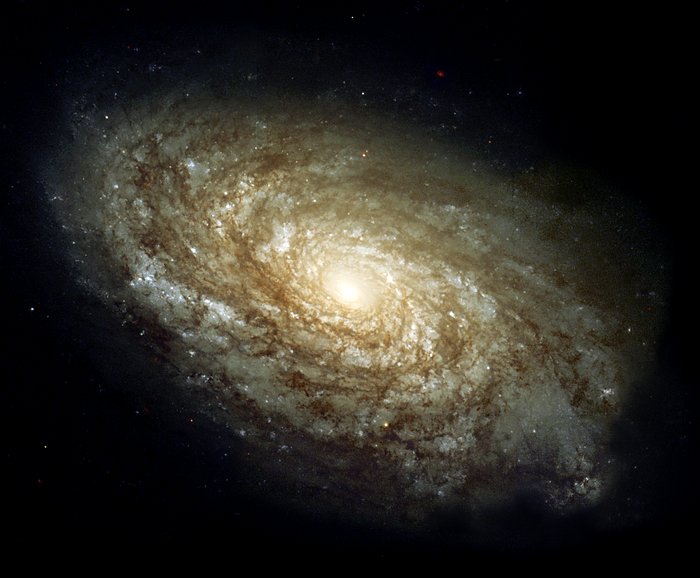 This magnificent image of a spiral galaxy shows how these galaxies have central regions containing older and more red and yellow stars. In the spiral arms, stars are being born all the time, and therefore these arms contain more blue stars - and also large amounts of dust.

In 1995, the majestic spiral galaxy NGC 4414 was imaged by the Hubble Space Telescope as part of the HST Key Project on the Extragalactic Distance Scale. An international team of astronomers, led by Dr. Wendy Freedman of the Observatories of the Carnegie Institution of Washington, observed this galaxy on 13 different occasions over the course of two months.

Images were obtained with Hubble's Wide Field Planetary Camera 2 (WFPC2) through three different colour filters. Based on their discovery and careful brightness measurements of variable stars in NGC 4414, the Key Project astronomers were able to make an accurate determination of the distance to the galaxy.