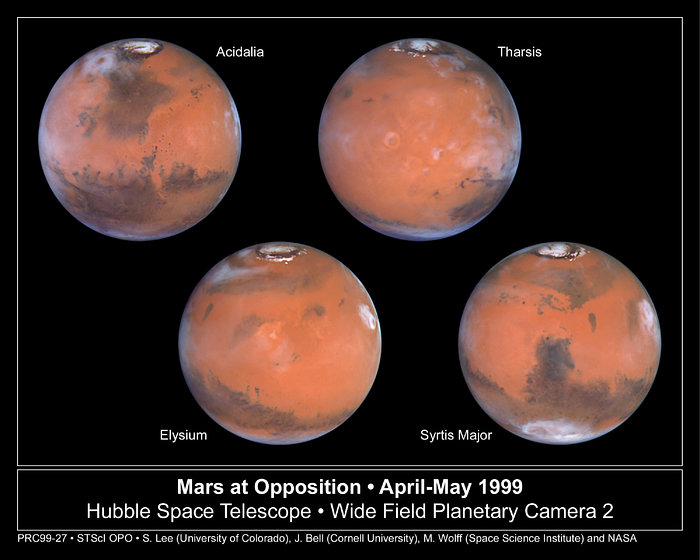 At a distance of 87 million kilometres Hubble has captured this sharp image of our neighbouring planet in the Solar System. The red colour of the martian surface is due to 'rusted' iron-composites.

Taking advantage of Mars's closest approach to Earth in eight years, astronomers using the NASA/ESA Hubble Space Telescope have taken the space-based observatory's sharpest views yet of the Red Planet. NASA is releasing these images to commemorate the second anniversary of the Mars Pathfinder landing. The lander and its rover, Sojourner, touched down on the Red Planet's rolling hills on July 4, 1997, embarking on an historic three-month mission to gather information on the planet's atmosphere, climate, and geology.