Mars at Opposition (the Acidalia Region) 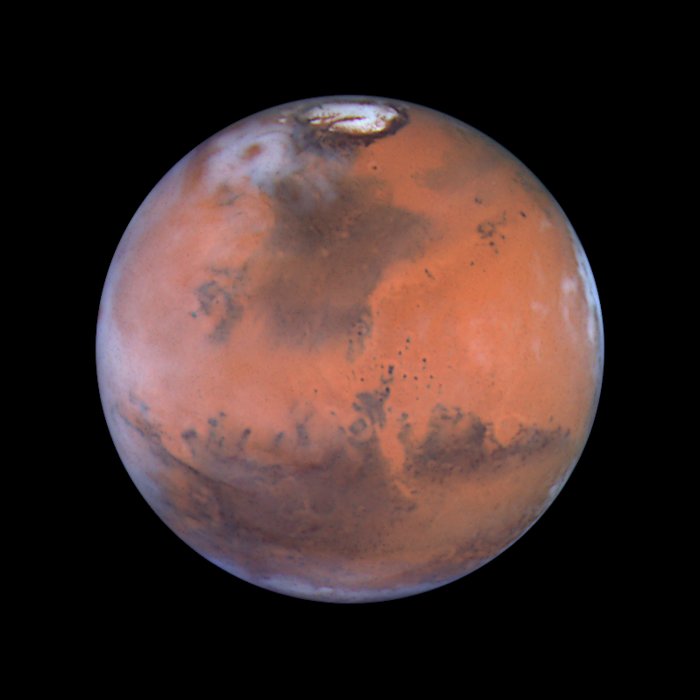 This image is centered near the location of the Pathfinder landing site. Dark sand dunes that surround the polar cap merge into a large, dark region called Acidalia. This area, as shown by images from the Hubble telescope and other spacecraft, is composed of dark, sand-sized grains of pulverized volcanic rock. Below and to the left of Acidalia are the massive Martian canyon systems of Valles Marineris, some of which form long linear markings that were once thought by some to be canals. Early morning clouds can be seen along the left limb of the planet, and a large cyclonic storm composed of water ice is churning near the polar cap.