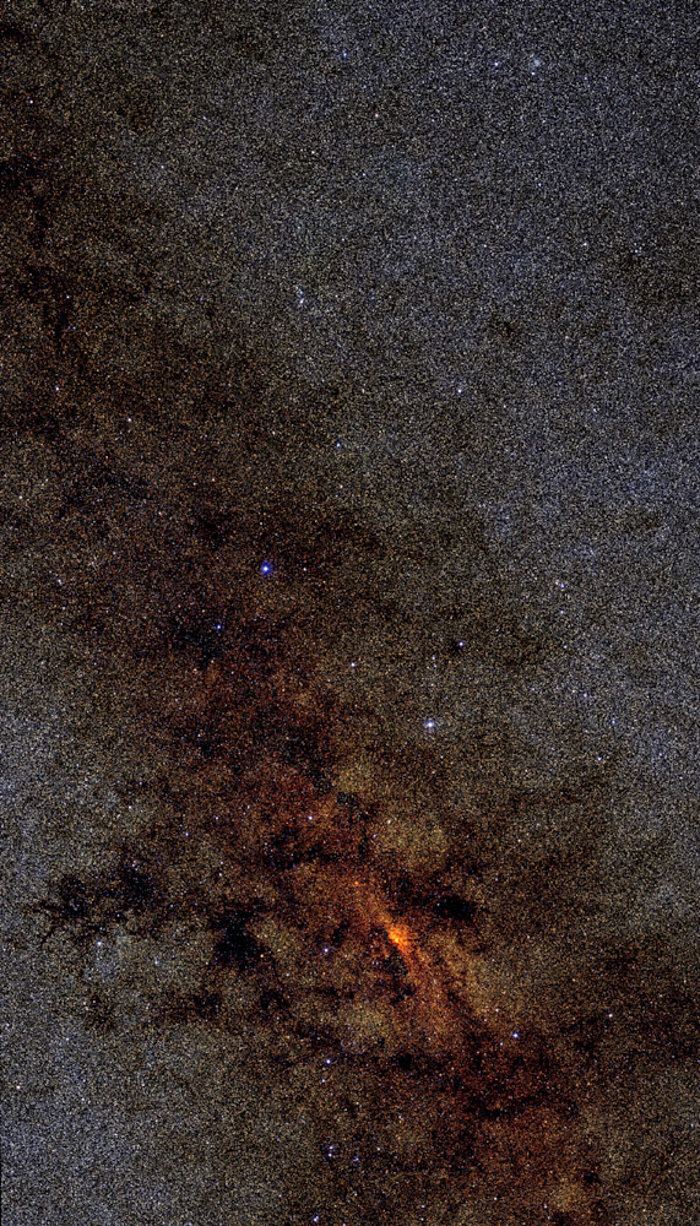 The Two Micron All-Sky Survey (2MASS) was a survey of the whole sky in three infrared wavebands, which was taken between 1997 and 2001. 2MASS used two highly-automated 1.3-m telescopes, one at Mt. Hopkins, Arizona (for the Northern Hemisphere), and one at the Cerro Tololo Inter-American Observatory, Chile (for the Southern Hemisphere).

The advantage of the data taken in the near infrared was an unprecedented view of the Milky Way nearly free of the obscuring effects of interstellar dust. Therefore the survey revealed the true distribution of luminous mass, and thus the largest structures, over the entire length of the Galaxy. Especially a look at the center of the Milky Way revealed details, which could never have been seen in the optical, as this region of obscured by various clouds of dust and gas.

The resulting data and images from 2MASS are currently in the public domain, and may be accessed online for free by anyone.

University of Massachusetts and Infrared Processing and Analysis Center