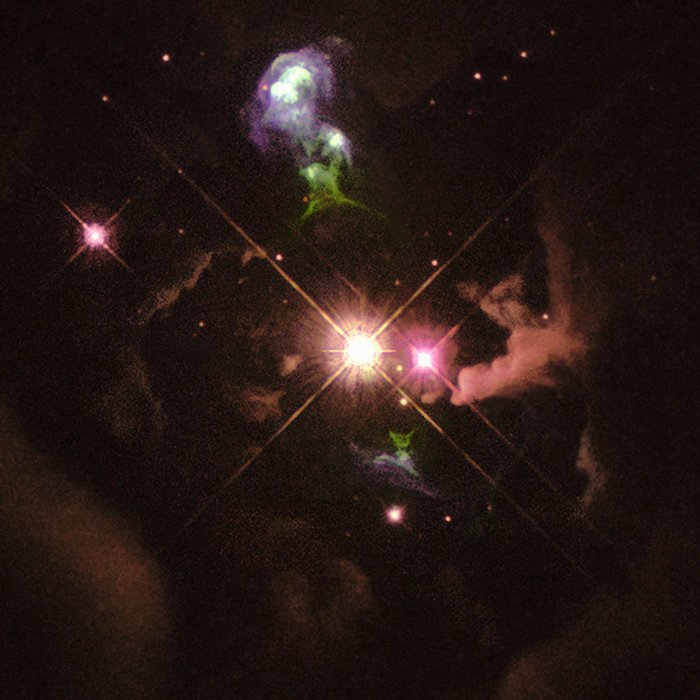 HH 32 is an excellent example of a 'Herbig-Haro object', which is formed when young stars eject jets of material back into interstellar space. This object, about 1,000 light-years from Earth, is somewhat older than Hubble's variable nebula, and the wind from the bright central star has already cleared much of the dust out of the central region, thus exposing the star to direct view.

Many young stars, like the central object in HH 32, are surrounded by disks of gas and dust that form as additional material is attracted gravitationally from the surrounding nebula.