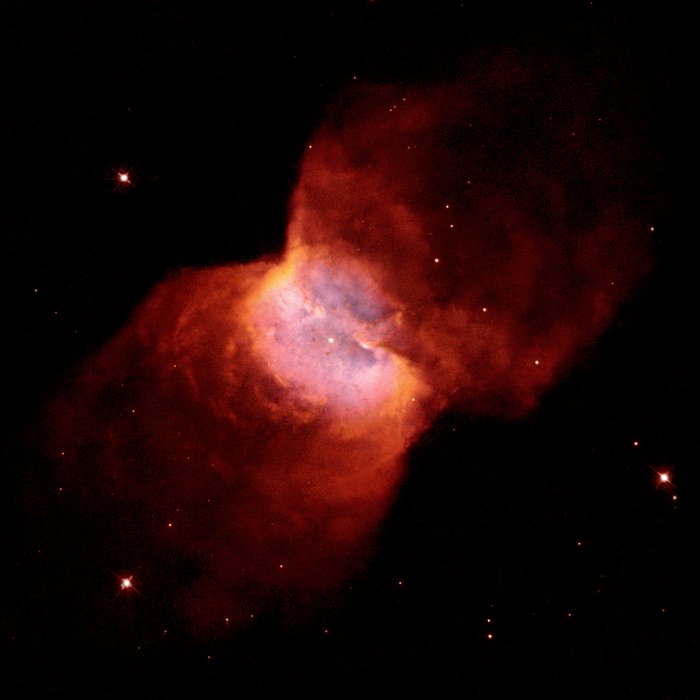 NGC 2346 is a so-called "planetary nebula," which is ejected from Sun-like stars which are near the ends of their lives. NGC 2346 is remarkable because its central star is known to be actually a very close pair of stars, orbiting each other every 16 days. It is believed that the binary star was originally more widely separated. However, when one component of the binary evolved, expanded in size, and became a red-giant star, it literally swallowed its companion star. The companion star then spiralled downwards inside the red giant, and in the process spewed out gas into aring around the binary system. Later on, when the hot core of the red giant was exposed, it developed a faster stellar wind, which emerged perpendicularly to the ring and inflated two huge "bubbles". This two-stage process is believed to have resulted in the butterfly-like shape of the nebula. NGC 2346 lies about 2,000 light-years away from us, and is about one-third of a light-year in size.