The beauty of asymmetry 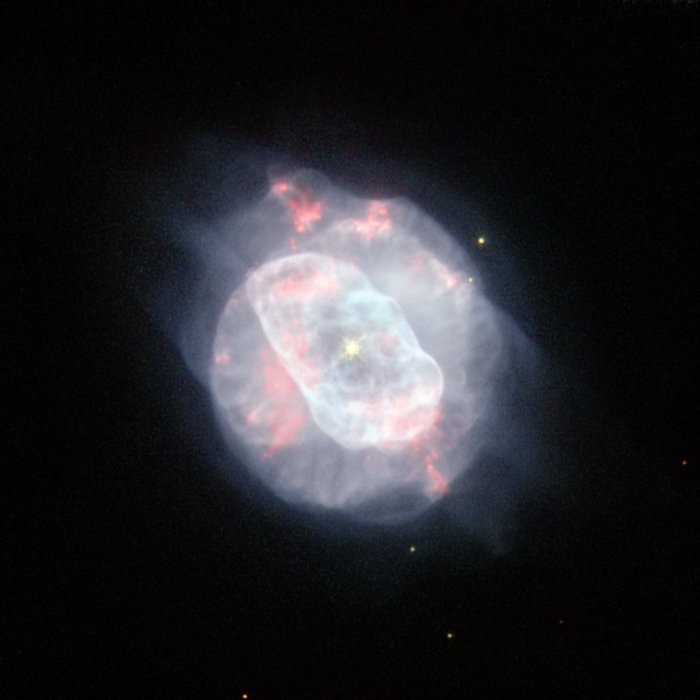 Planetary nebulae signal the demise of mid-sized stars (up to about eight times the mass of the Sun); when the star’s hydrogen fuel supply is exhausted, its outer layers expand and cool, creating a cocoon of gas and dust. This gas then glows as it is bathed in the strong ultraviolet radiation from the central star. NGC 5882 is a quite bright, but small, example of a planetary nebula that lies deep in the southern Milky Way in the constellation of Lupus (The Wolf).

Planetary nebulae sometimes have a perfectly symmetrical appearance, with gas being bellowed out from the dying star evenly in every direction. However, this isn’t the case for NGC 5882, as this Hubble image shows. It appears to have two distinct, but non-uniform regions: an elongated inner shell of gas and a fainter aspherical shell that surrounds it.

This image is dedicated to all ESA/Hubble Facebook friends on the occasion of our Facebook page reaching 50 000 friends. If you want to be fascinated every week by awe-inspiring photos of the Universe, stay in touch with the most recent discoveries from Hubble, find out about our competitions and events or simply get in touch with people that share the same curiosity about the Universe, join us on Facebook.