Looking to the heavens 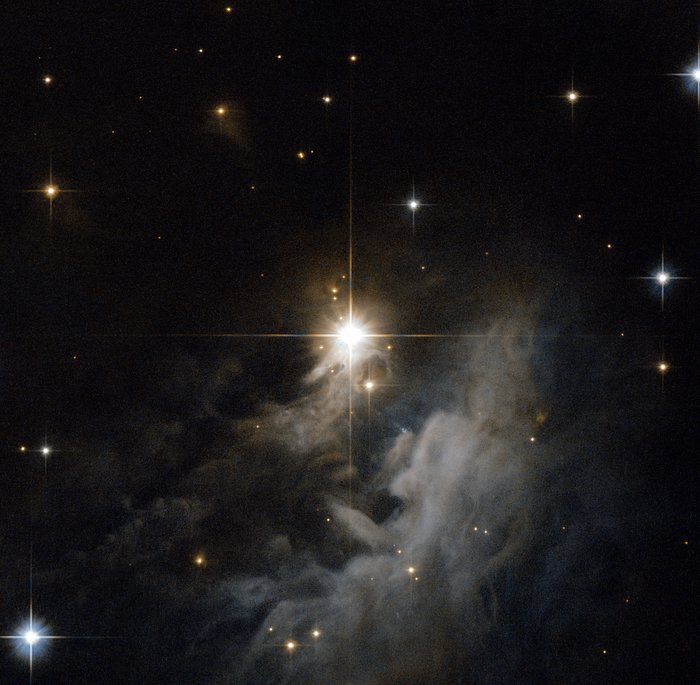 The pearly wisps surrounding the central star IRAS 10082-5647 in this Hubble image certainly draw the eye towards the heavens. The divine-looking cloud is a reflection nebula, made up of gas and dust glowing softly by the reflected light of nearby stars, in this case a young Herbig Ae/Be star.

The star, like others of this type, is still a relative youngster, only a few million years old. It has not yet reached the so-called main sequence phase, where it will spend around 80% of its life creating energy by burning hydrogen in its core. Until then the star heats itself by gravitational collapse, as the material in the star falls in on itself, becoming ever denser and creating immense pressure which in turn gives off copious amounts of heat.

Stars only spend around 1% of their lives in this pre-main sequence phase. Eventually, gravitational collapse will heat the star’s core enough for hydrogen fusion to begin, propelling the star into the main sequence phase, and adulthood.

The Advanced Camera for Surveys aboard the Hubble Space Telescope captured the whorls and arcs of this nebula, lit up with the light from IRAS 10082-5647. Visible (555 nm) and near-infrared (814 nm) filters were used, coloured blue and red respectively. The field of view is around 1.3 by 1.3 arcminutes.