Stars that go out with a whimper 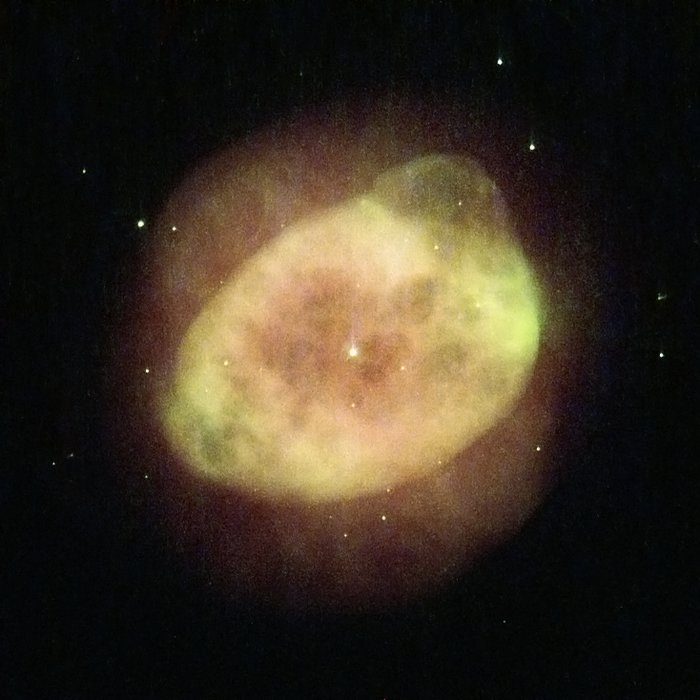 This NASA/ESA Hubble Space Telescope image shows the planetary nebula IC 289, located in the northern constellation of Cassiopeia. Formerly a star like our Sun, it is now just a cloud of ionised gas being pushed out into space by the remnants of the star’s core, visible as a small bright dot in the middle of the cloud.

Weirdly enough, planetary nebulae have nothing to do with planets. Early observers, when looking through small telescopes, could only see undefined, smoky forms that looked like gaseous planets — hence the name. The term has stuck even though modern telescopes like Hubble have made it clear that these objects are not planets at all, but the outer layers of dying stars being thrown off into space.

Stars shine as a result of nuclear fusion reactions in their cores, converting hydrogen to helium. All stars are stable, balancing the inward push caused by their gravity with the outwards thrust from the inner fusion reactions in their cores. When all the hydrogen is consumed the equilibrium is broken; the gravitational forces become more powerful than the outward pressure from the fusion process and the core starts to collapse, heating up as it does so.

When the hot, shrinking core gets hot enough, the helium nuclei begin to fuse into carbon and oxygen and the collapse stops. However, this helium-burning phase is highly unstable and huge pulsations build up, eventually becoming large enough to blow the whole star’s atmosphere away.

A version of this image was entered into the Hubble’s Hidden Treasures image processing competition by contestant Serge Meunier.