R Sculptoris and its hidden companion 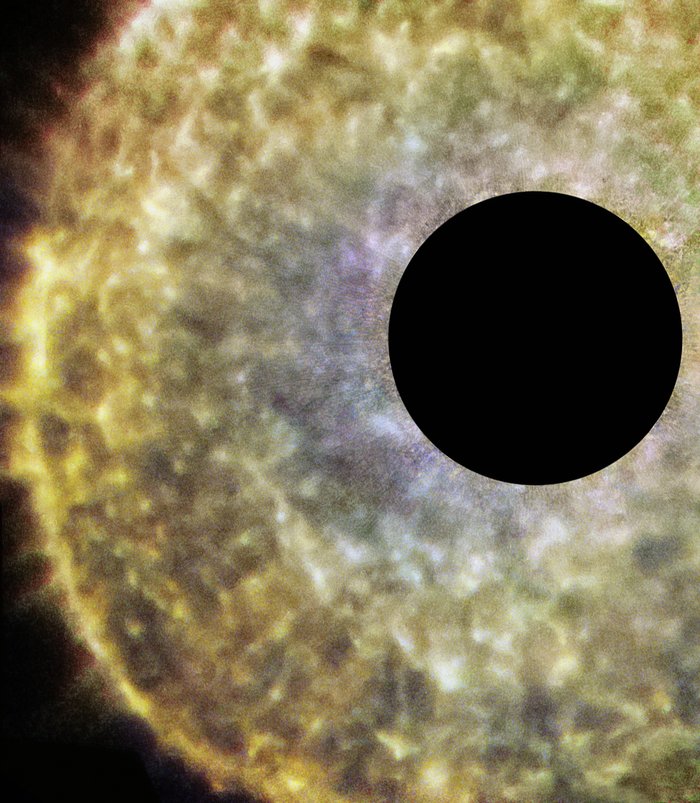 This new NASA/ESA Hubble Space Telescope image shows a star known as R Sculptoris, a red giant located 1500 light-years from Earth in the constellation of Sculptor. Recent observations have shown that the material surrounding R Sculptoris actually forms a spiral structure — a phenomenon probably caused by a hidden companion star orbiting the star. Systems with multiple stars often lead to unusual or unexpected morphologies, as seen, for example, in the wide range of striking planetary nebulae that Hubble has imaged.

R Sculptoris is an example of an asymptotic giant branch (AGB) star. All stars with initial masses up to about eight times that of the Sun will eventually become red giants in the later stages of their lives. They start to cool down and lose a large amount of their mass in a steady, dense wind that streams outwards from the star. With this constant loss of material, red giants like R Sculptoris provide a good portion of the raw materials — dust and gas — used for the formation of new generations of stars and planets. They also show what is likely to happen to the Sun in a few billion years from now, and help astronomers to understand how the elements we are made up of are distributed throughout the Universe.

R Sculptoris itself is located outside the plane of the Milky Way and is easily visible using a moderately sized amateur telescope. In this part of the sky far from the galactic plane, there are relatively few stars but many faint and distant galaxies can be seen.

The black region at the centre of the image has been artificially masked.