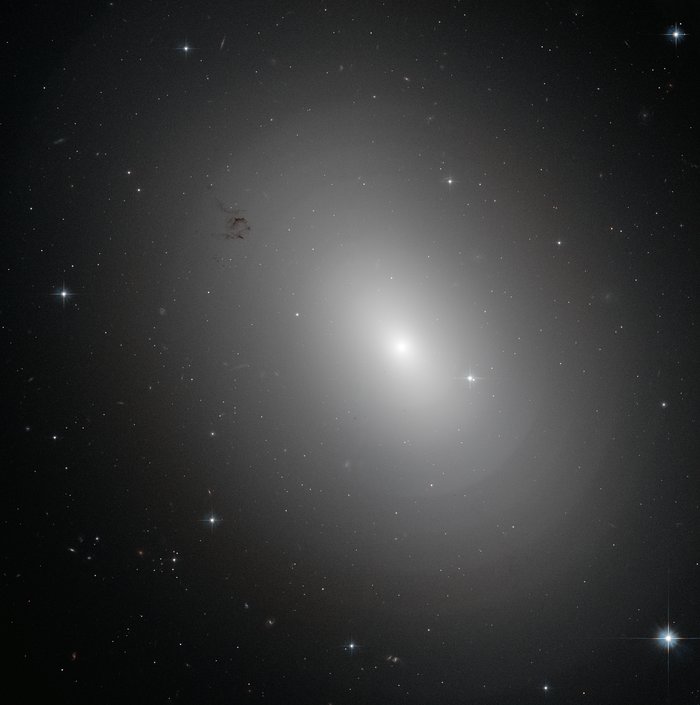 The glowing object in this image is an elliptical galaxy called NGC 3923. It is located over 90 million light-years away in the constellation of Hydra.

NGC 3923 is an example of a shell galaxy where the stars in its halo are arranged in layers.

Finding concentric shells of stars enclosing a galaxy is quite common and is observed in many elliptical galaxies. In fact, every tenth elliptical galaxy exhibits this onion-like structure, which has never been observed in spiral galaxies. The shell-like structures are thought to develop as a consequence of galactic cannibalism, when a larger galaxy ingests a smaller companion. As the two centres approach, they initially oscillate about a common centre, and this oscillation ripples outwards forming the shells of stars just as ripples on a pond spread when the surface is disturbed.

NGC 3923 has over twenty shells, with only a few of the outer ones visible in this image and its shells are much more subtle than those of other shell galaxies. The shells of this galaxy are also interestingly symmetrical, while other shell galaxies are more skewed.