Galaxy with a view 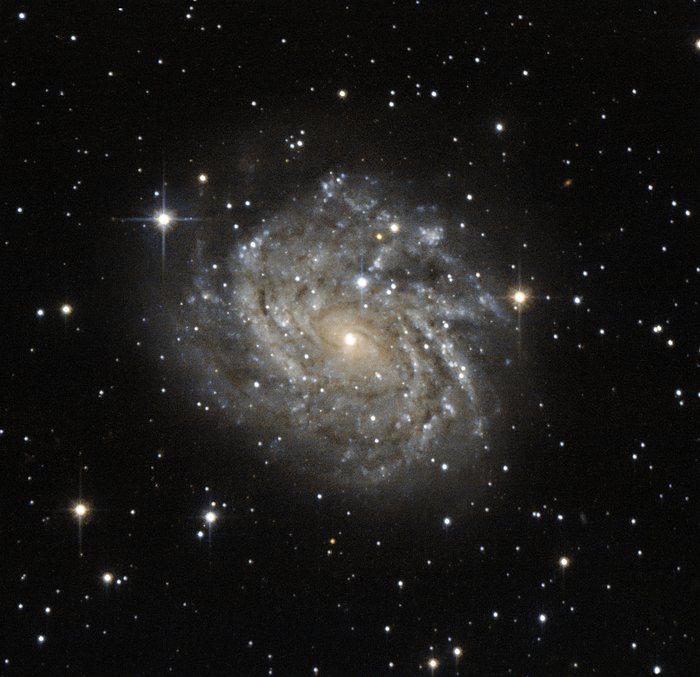 This little-known galaxy, officially named J04542829-6625280, but most often referred to as LEDA 89996, is a classic example of a spiral galaxy. The galaxy is much like our own galaxy, the Milky Way. The disc-shaped galaxy is seen face on, revealing the winding structure of the spiral arms. Dark patches in these spiral arms are in fact dust and gas — the raw materials for new stars. The many young stars that form in these regions make the spiral arms appear bright and bluish.

The galaxy sits in a vibrant area of the night sky within the constellation of Dorado (The Swordfish), and appears very close to the Large Magellanic Cloud  — one of the satellite galaxies of the Milky Way.

The observations were carried out with the high resolution channel of Hubble’s Advanced Camera for Surveys. This instrument has delivered some of the sharpest views of the Universe so far achieved by mankind. This image covers only a tiny patch of sky — about the size of a one cent euro coin held 100 metres away!

A version of this image was entered into the Hubble’s Hidden Treasures image processing competition by flickr user c.claude.