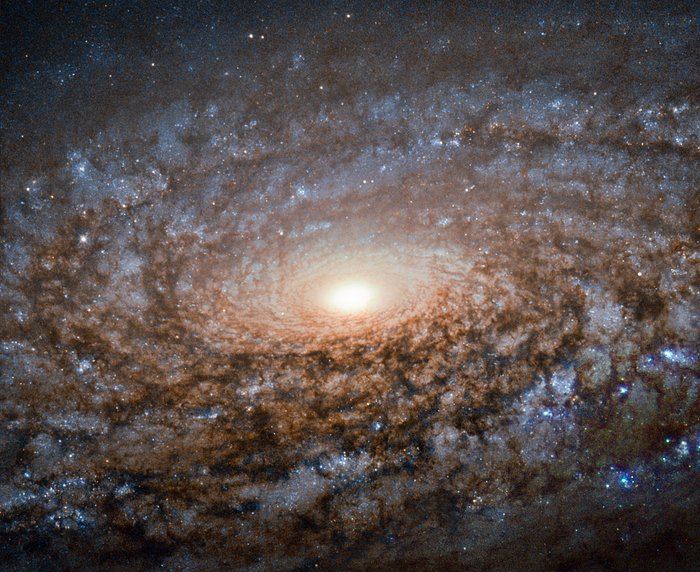 This new image of the spiral galaxy NGC 3521 from the NASA/ESA Hubble Space Telescope is not out of focus. Instead, the galaxy itself has a soft, woolly appearance as it a member of a class of galaxies known as flocculent spirals.

Like other flocculent galaxies, NGC 3521 lacks the clearly defined, arcing structure to its spiral arms that shows up in galaxies such as Messier 101, which are called grand design spirals. In flocculent spirals, fluffy patches of stars and dust show up here and there throughout their discs. Sometimes the tufts of stars are arranged in a generally spiralling form, as with NGC 3521, but illuminated star-filled regions can also appear as short or discontinuous spiral arms.

About 30 percent of galaxies share NGC 3521's patchiness, while approximately 10 percent have their star-forming regions wound into grand design spirals.

NGC 3521 is located almost 40 million light-years away in the constellation of Leo (The Lion). The British astronomer William Herschel discovered the object in 1784. Through backyard telescopes, NGC 3521 can have a glowing, rounded appearance, giving rise to its nickname, the Bubble Galaxy.