Through the elliptical haze 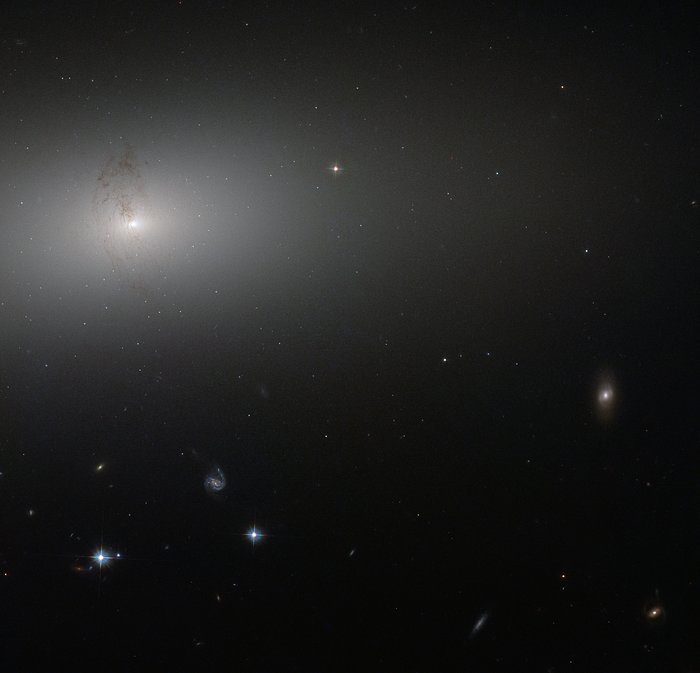 Like a lighthouse in the fog the luminous core of NGC 2768 slowly fades outwards to a dull white haze in this image taken by the NASA/ESA Hubble Space Telescope.

NGC 2768 is an elliptical galaxy in the constellation of Ursa Major (The Great Bear). It is a huge bundle of stars, dominated by a bright central region, where a supermassive black hole feasts on a constant stream of gas and dust being fed to it by its galactic host.

The galaxy is also marked by a prominent plume of dust reaching out from the centre and lying perpendicular to the galaxy’s plane. This dust conceals a symmetrical, s-shaped pair of jets that are being produced by the supermassive black hole as it feeds.