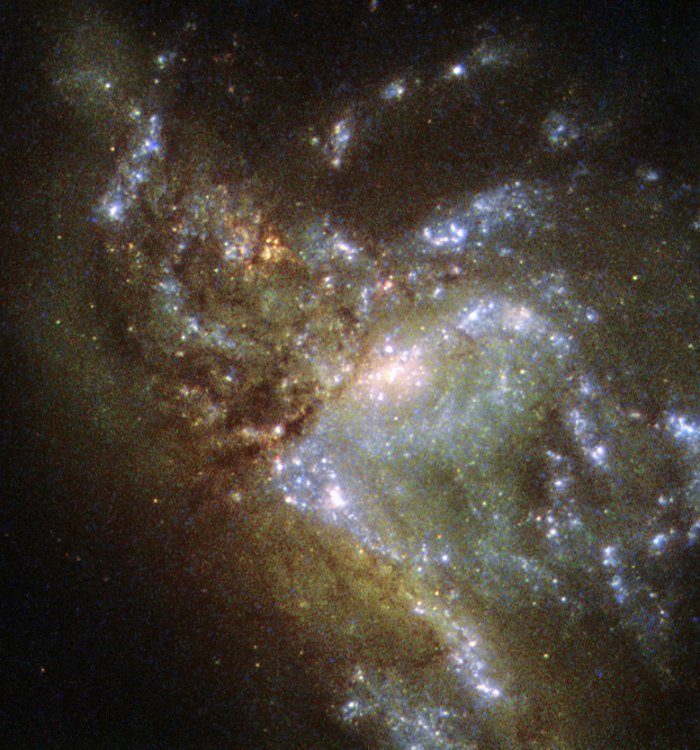 This image, taken with the Wide Field Planetary Camera 2 on board the NASA/ESA Hubble Space Telescope, shows the galaxy NGC 6052, located around 230 million light-years away in the constellation of Hercules.

It would be reasonable to think of this as a single abnormal galaxy, and it was originally classified as such. However, it is in fact a “new” galaxy in the process of forming. Two separate galaxies have been gradually drawn together, attracted by gravity, and have collided. We now see them merging into a single structure.

As the merging process continues, individual stars are thrown out of their original orbits and placed onto entirely new paths, some very distant from the region of the collision itself. Since the stars produce the light we see, the “galaxy” now appears to have a highly chaotic shape. Eventually, this new galaxy will settle down into a stable shape, which may not resemble either of the two original galaxies.